Thousands of self-employed forced out of business 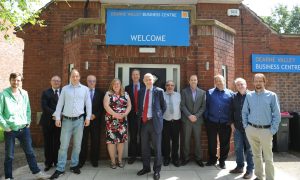 MORE than 5,000 self-employed people in Rotherham and Barnsley could be forced out of business after a year of being excluded from Government schemes.

New analysis by Labour has found that one in five of those self-employed at the start of the pandemic plan to leave the sector.

At the start of 2020, 28,000 self-employed workers were registered in Rotherham and Barnsley.

Wentworth & Dearne MP John Healey ran a survey of self-employed people in summer 2020 after he was contacted by several self-employed workers whose livelihoods were on the line.

His survey found that four out of five could not get help from the Self-Employed Income Support Scheme and most who did said it would not be enough to stop their business going under.

Mr Healey compiled a detailed report based on more than 300 responses and sent a copy to the Chancellor, calling for self-employed people to be better supported.

He said: “Since the start of the pandemic, I and Labour have been calling on the government to do more to help self-employed workers, but it’s fallen on deaf ears.

“My report presented strong evidence that thousands of self-employed people were being left to fend for themselves with nothing to live on, but the Chancellor ignored it. It’s shameful.

“Self-employed people are the backbone of our economy yet they’ve been locked out of any government support. Many businesses won’t survive and this risks damaging the recovery we desperately need.”