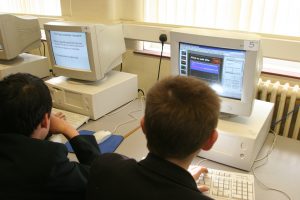 John Healey MP’s survey of schools in Rotherham and Barnsley has revealed none expects to have enough government funding by 2020 and all are making cutbacks.

John asked schools in the Wentworth & Dearne constituency to complete a survey in light of growing concern around the country about schools not getting enough cash.

Survey responses revealed:
• 95% of schools think their funding from the Department for Education will be “inadequate” by 2020
• All schools responding are already making cutbacks by, for example, having fewer teaching assistants (71%), not recruiting (71%) and making staff redundant (57%)
• All secondary schools responding said they were increasing class sizes, and several primaries are considering doing so
• 90% of schools said their funding situation had worsened since 2010
• 90% had a budget surplus in the last three years, but 43% predict a deficit before 2020
• Two thirds of school leaders said they did not think teaching was an appealing career

“We’re heading back to the class-size crisis of the mid-1990s. And I am appalled that schools in our area are having to cut staff.

“Head teachers should not have to make decisions like this. They should get the money they need to do their job and help our children get the excellent education and start in life that they deserve.

“This government has the wrong priorities. Instead of funding all schools properly, they’re opening new free schools in areas which do not need them and spending £320m on selective grammar schools which will only help the favoured few.

“The government’s new funding formula simply redistributes an inadequate sum of money, and it will make matters worse for many of our local schools.”

The National Audit Office has said schools will need to make £3 billion in cuts and there will be an 8 per cent – or £319 – reduction in per pupil funding between 2015 and 2020.

According to the National Union of Teachers, every school in the Wentworth & Dearne constituency will lose out in real terms between 2015/16 and 2019/20, with an average loss of 9 per cent or nearly £400 per pupil. The biggest loser will be Thrybergh Academy, losing 15 per cent of its funding or £996 per pupil.

The Education Policy Institute has found that every state school in England will see budget cuts before 2020, after the government’s new National Funding Formula is implemented.

Mr Healey has written to the Education Secretary Justine Greening, urging her to look at the impact of current funding levels and the proposed National Funding Formula on state schools, and give all schools the money they need to provide an excellent education for every child.