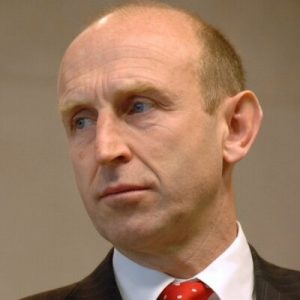 John Healey MP has slammed as ‘incompetent’ the Government’s failure to win US agreement to drop special trade tariffs on UK steel and aluminium.

The International Trade Secretary, Anne-Marie Trevelyan, returned empty-handed this week from the US, after talks with the Commerce Secretary Gina Raimondo.

The EU struck a deal in October to get US special steel tariffs lifted, so from 1st January, steelmakers in the EU will gain a 25% price advantage over their UK counterparts for exporting into the big US market.

John said: “UK steel makers have been left still asking – where is our deal?

“Britain is being left behind. The EU have got US tariffs dropped but the Trade Secretary’s only got a promise of more talks. People have a right to expect better from the Government. Incompetent Ministers are leaving steelmakers to pay the price, and the UK will lose out further on the big US market. It’s an unhappy new year in prospect for our South Yorkshire steelmakers.

“The government are supposed to be ‘levelling up’ but the steel industry in South Yorkshire will be working with one hand tied behind it’s back. UK industry needs to be able to compete fairly with the Europeans and the current tariffs make this near-on impossible.”