Farewell from John: what I’ve learned about housing 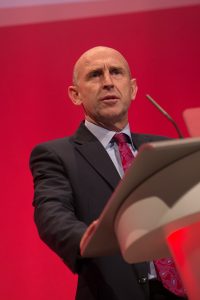 After a sum total of more than seven years leading Labour’s housing policy from the opposition and government benches, it is time to move on. This is what I have learned about the sector.

Coronavirus dominates our politics and our everyday conversations – it is taking lives and livelihoods. So, a reshuffle of Labour opposition politicians understandably isn’t front-page news.

But after spending much of the past 11 years leading for Labour on housing – in government and opposition – I’m moving on to be Labour’s shadow defence secretary, so I wanted to take this opportunity to share some lessons I take from my time working in this fantastic field.

First, the housing sector’s wealth is its hugely dedicated professional workforce. This is more than just technical proficiency, though housing has that in spades – from building trades to tenant support to hostel work. Most of the people I’ve met in housing love what they do because this is a moral mission.

Home is at the heart of all of our lives, and giving everyone the foundation on which to raise their families and realise their aspirations is so much more than a technical exercise. Value this, and celebrate it.

Second, the sector is at its best when it speaks out loudly on behalf of that mission; it’s at its worst when it meekly accepts what governments of either political party say or simply talks to itself.

The big case for housing is there to be won with people who don’t know this sector’s proud history or understand the policy details, and who certainly can’t decipher our acronyms, but who can be persuaded of the argument for decent, genuinely affordable housing.

“The sector is at its best when it speaks out loudly on behalf of that mission; it’s at its worst when it meekly accepts what governments of either political party say, or simply talks to itself”

Third, the case for social housing, built by housing associations as well as councils and others, is in rude health. It is not yet won within the heart of government, as the disappointing latest Budget allocations for public housing investment underline, but it certainly can be.

Over the 10 years since I negotiated the council housing self-financing deal with the Treasury, it is inspiring to see councils starting to build homes again, and reinventing their capacity to do much more. The period when parts of the sector shrank even from talking about social rented homes has passed, but we must think of new ways to make this imperative relevant and urgent, including for a generation of young people who have little first-hand experience of council housing.

Fourth, the darkest days of my time in housing are those of the Grenfell Tower fire – it still casts the longest shadow nearly three years on. Grenfell has raised big questions about what we build and how we listen to residents.

The housing sector must lead the changes that are now necessary, just as it must lead in other areas where there can no longer be ‘business as usual’ from green standards to leaseholders’ rights.

Fifth, and finally, coronavirus is a defining crisis for our time. It will sharply refocus minds on what is important, as the global financial crisis did a decade ago.

Millions of people are becoming painfully aware of how they and much of Britain live on the brink. Their housing is precarious and housing costs are unaffordable if their household income takes a hit, while the most vulnerable are the thousands with no home at all.

Part of the answer to this crisis as the pandemic passes must be more decent, secure and affordable housing – and we should all argue to make sure that is the case.

Thank you for support, your encouragement and your inspiration. Those who know me best are aware that my passion for housing doesn’t come and go with the frontbench policy brief, so I’ll continue to keep a close interest in housing – and of course to read Inside Housing.

I leave you in the capable hands of Thangam Debbonaire, our new Labour shadow housing secretary, who I know will be a great advocate for our sector and its mission.