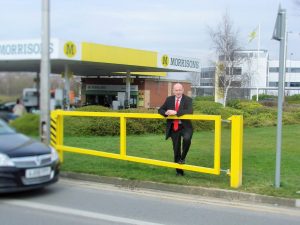 Last week, I held my first virtual public meeting for local residents to discuss with me the problems they have been experiencing with anti-social behaviour, car racing and law-breaking at Cortonwood Retail Park and on the Dearne Valley Parkway.

Following this virtual meeting, I have now sent out an update to those who attended and you can also read my update below.

The main points discussed were:

The view of police is that problems at the retail park and on the Parkway are connected and need to be dealt with together and a long-term solution found.

Following our virtual meeting, a further meeting was held this week to discuss the problem and solutions involving the police, Barnsley Council and Rotherham Council. It has been agreed that there will be a joint approach involving the two councils and police from Barnsley and Rotherham as well as traffic officers. In addition, a group has now been created within South Yorkshire Police that will work together on the problem, overcoming geographical and departmental problems.

Some of the actions agreed on are:

This commitment to working together is a positive step forward. I continue to work closely with police and the councils to press for problems at Cortonwood and the Parkway to be dealt with as a priority, and to support the work they’re doing wherever I can.

I have scheduled a meeting with Savills, the agents for Cortonwood Retail Park, in a few days. I have also been on to Morrisons about their gates not being closed.

The strong message from police at the meeting, and they have repeated this to me afterwards, is that people should continue to report incidents and that doing so helps build evidence and make the case for further measures, such as a PSPO.

You can report by phone to 101 or online: https://www.reportingcrime.uk/

You can also report directly to the Rotherham North neighbourhood policing team: https://www.southyorks.police.uk/find-out/your-neighbourhood-policing-team/rotherham-north/