Rotherham’s “levelling up” bid held up by Tory leadership contest 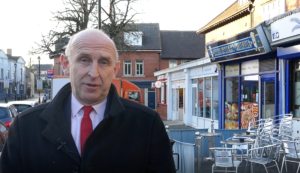 Rotherham Council’s bid for much-needed Levelling Up funds has been held back because the government website for applications has only just become available some six weeks after it was supposed to launch.

John Healey has warned the borough is being held back and the government has ground to a halt while the Conservatives are distracted by their leadership contest.

The online portal through which local councils can bid for money from the Levelling Up Fund was supposed to go live on 31 May, but it has only just opened on Friday 15 July.

John said: “This is massively frustrating to Rotherham Council’s team who have worked so hard to update and prepare the latest bid for funding.

“The portal is the only way Councils can send in their bids; the deadline given by ministers has now passed. This was our chance to get funding to help boost business in Wath town centre.

“While the Conservatives are in chaos in Government, it means areas like ours lose out and all the hard work by the council and community to prepare bids is put on hold, with no apology and no commitment to when things will change.

“For the last 12 years the Conservatives have stripped money from our communities. Now they expect those same communities to wait even longer for just a partial refund. We can’t afford to put up with this chaos any longer. We need a fresh start with a Labour government that will put the needs of our communities first.”

Councils across the country have prepared bids for the second tranche of the Levelling Up Fund, including many local authorities that missed out during the first round of allocations last year.

Rotherham’s bid for funding for Wath and Dinnington has been delayed because of the Government’s failure to open the fund for applications in line with its promised timetable.