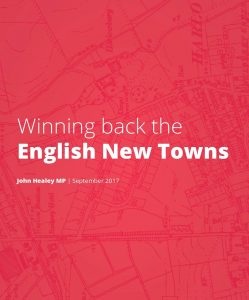 The Labour Party’s June 2017 Election result was remarkable – 40% of the national vote and a gain of 30 MPs. Labour and Jeremy Corbyn confounded the predictions of commentators, pollsters and politicians.

But we still fell short. The Conservatives won 318 seats to Labour’s 262 with 42.4% of the vote. So to form a majority Government, Labour must win at least another 64 constituencies at the next Election and we can’t do this without winning over more of the New Towns.

The essential twin questions are: why did Labour lose the New Towns and how can we win them back?

Read the report in full