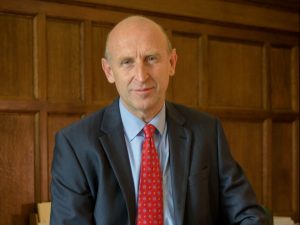 Rotherham’s Labour MPs have warned the Government that the council faces a £40m shortfall because of Covid-19.

In a letter to Robert Jenrick, Secretary of State for Housing, Communities and Local Government, MPs John Healey and Sarah Champion call for councils to be given additional funding that reflects their extra costs and loss of income as a result of the pandemic.

The MPs praised Rotherham Council for their response to the Covid crisis – coordinating community support for the most vulnerable, making sure employers follow restrictions and distributing grants to businesses.

But they warned that the projected funding shortfall of £40m – which is likely to be an underestimate – would be bound to hit social care.

Other service areas have already been scaled back with Rotherham facing deep cuts to its main grant funding from the government. The council has had to save £200m since 2010. At the same time, demand for social care has risen steeply.

The MPs said: “The council may face a gross shortfall of as much as £40m as a combined result of additional costs related to Coronavirus, reduced income (including lower council tax and business rates receipts) and undeliverable savings in the budget.”

The figure was drawn up by RMBC after the Government asked them to submit financial information on the cost impact of Covid-19 from April to July.

RMBC has received £16.2m of Covid emergency grant funding to date, but more will be needed.

The MPs added: “We are particularly concerned that whilst further funding tranches may focus on additional direct costs (eg purchase of PPE, additional funding to social care providers), there might be a risk of less funding support for other financial pressures which are unavoidable.

“Over the current and next year, the council needs to reduce its costs by more than £24m. This is mainly in the areas of social care given the harsh cuts which have previously had to be made to other service areas of the council.

“Without additional funding from Government, the knock-on ramifications are significant as this will mean a call on Rotherham’s already low levels of reserves in the current year and an even greater burden of social care cost reductions next year.”

Rother Valley MP Alex Stafford was invited to sign the letter but did not respond.