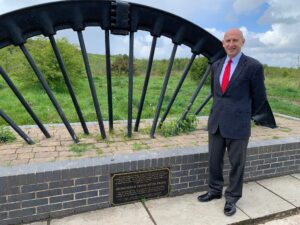 John Healey and other coalfield Labour MPs this week won a breakthrough for ex-miners when the Treasury announced miners pension payments will rise by 11% instead of 4% this Autumn to help protect against inflation.

The campaign win comes after pressure led by Labour MPs for the Government to bring forward bonus protection measures in the Mineworkers’ Pension Scheme from 2024 to 2022.

John has long campaigned for ex-miners and their widows, calling for years for changes to the Mineworkers’ Pension Scheme and its controversial ‘surplus-sharing arrangement’ which means any surplus is shared 50:50 between the government and its members. As a shadow cabinet member, he was central to Labour’s commitment at the last election to end this deal and return the £1 billion investment reserve to miners.

John has welcome this new decision about inflation-proofing pensions payments, saying: “After sustained pressure from Labour MPs across our region, the Government have finally acted to offer some greater support for ex-miners in their pension scheme.

“This change will see ex-miners pension payments better protected against inflation, a change they will now benefit from this autumn and much sooner than original planned.

“While the Government are distracted by the Tory leadership battle and fail to tackle high inflation, this announcement will see pension payments for ex-miners better protected during this cost of living crisis.”

John has supported the campaign for pension justice for ex-miners for years and has repeatedly called for miners to get increases in their pension. Alongside other coalfield MPs, John backed the calls for the recent inquiry by the Business, Energy and Industrial Strategy Select Committee into miners pension scheme which produced a report calling for miners to get pension increases.

He was a Treasury Minister in the last Labour Government, which increased mining pensions by 20% over and above inflation and set up special compensation schemes for respiratory disease and vibration white finger. In Rotherham more than 20,000 ex-miners and their families received more than £120m in health compensation payments.