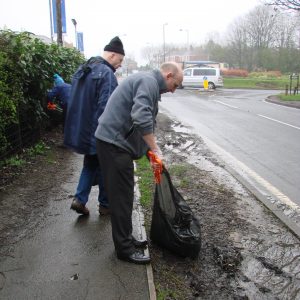 Residents have been in touch with him concerned about fly-tipping, and he’s worried the closing of dump-it sites could be making the problem worse.

Nationally there have been reports of fly-tipping increasing by as much as 75 per cent.

Mr Healey has urged the Secretary of State for Communities and Local Government, Robert Jenrick, to give clearer guidance to councils on how to safely re-open household waste recycling sites that have closed since the start of the lockdown.

Existing guidance says authorities should “consider whether priority sites can be maintained with restricted access.”

In a letter to the Secretary of State on 22 April, Mr Healey said: “This suggests some service for household waste sites should stay open but the guidance is too weak to ensure councils do so and too vague to offer advice on how this can be done safely.

“The lack of clear-cut guidance has led to a patchy response from local authorities and caused a domino effect of closures.

“Councils like Rotherham MBC want to … keep sites open, but they have been understandably concerned that when neighbouring authorities close their waste sites they are forced to follow suit to avoid their services being overrun by residents from other areas.”

Councils face the burden of enforcing fines and clearing up waste. Mr Healey has also asked the government to make sure councils have the resources they need to do that.