Ravenfield bus service back in business thanks to local MP 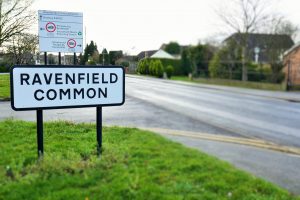 Ravenfield will have its direct bus link with Wickersley restored after a year-long campaign by local MP John Healey.

When the service was axed village residents felt cut off from their regular doctors, bank, church and shops, and they turned to John for help in January last year.

The MP challenged the decision, met with the bus company and worked with the parish council. He said the needs of Ravenfield residents had been ignored and the demand for a direct bus service had been underestimated, and he undertook to help promote the service if it was restored.

Following talks between the MP, Powells and South Yorkshire Passenger Transport Executive a new 113 service has been announced to run between Ravenfield and Wickersley from March.

John said “Ravenfield has always been closely linked with Wickersley. Many people said they felt cut-off and when the Post Office closed they saw Ravenfield becoming forgotten and forsaken. This decision is a welcome shot in the arm for Ravenfield, especially for elderly people without cars who want to shop for themselves and value ready access to post office, banking or health services.

“I’m pleased that bus service bosses have been willing to respond to these concerns and this new 113 service shows what can be achieved when people pull together and stand up for their community. I will now do what I can to help promote the new service, and I want to see residents use it to reduce the risk we lose it again in future”.

Ravenfield Parish Council Clerk Gemma O’Carroll said “This is great news for local residents that took their concerns to John at the beginning of last year.

“The news that the new 113 will restore the link with Wickersley has been well received by those who felt isolated and cut off from vital services. Many of them are elderly and access to postal services and GP appointments is especially important to them.”

The new 113 service replaces service 13 and will provide a direct Ravenfield to Wickersley link from 4 March. The bus will operate on an hourly service 6 days a week, Monday to Saturday.