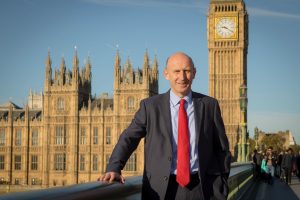 I understand how much people want a resolution to Brexit. After three years of debate and division, we all want to move on and fix the big challenges facing areas like ours from the NHS to schools to wages.

But the Brexit terms set our relations with Europe for a generation. I didn’t vote for Boris Johnson’s deal on Tuesday night because it’s a bad deal. The Government is hiding the risks from people by refusing to publish its own economic impact assessment.

This week Boris Johnson got the Commons to vote for the first stage of his Brexit deal bill but then pulled it when MPs of all parties rightly said Parliament needed a few extra days to scrutinise over 100 pages of legislation. Jeremy Corbyn offered to work with him to agree a sensible timetable to get the bill through, which I think would be the best way forward at this point.

I’ll continue to make the case for Labour’s better Brexit deal if the legislation does continue through Parliament – with a relationship with Europe that protects jobs, rights and standards at the heart of a new UK-EU settlement.

If Boris Johnson decides he can’t defend his deal and can’t get his legislation through Parliament, then Labour will be ready to fight a general election, so everyone can pass judgement not only on the last three years of Tory Brexit chaos but ten years of Tory Government failure on all fronts, from rock-bottom wages and cuts to investment, to the attack on our NHS and public services.